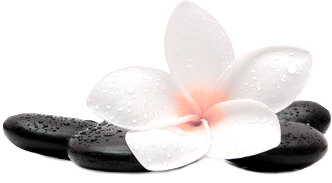 The basics on Japanese Sake

For example, about 70 varieties of rice are used in production, and there are three main varieties: Yamada Nishiki, Keishiro Mangoku, and Miyajima City. ..

Sake is usually around 15-16% ABV, but there are exceptions to all the rules. The acidity is only one fifth of the wine. However, what it lacks in the wine's fresh, refreshing acidity, it more than makes up for in texture, delicacy of flavor and diversity of style.

The degree of quality is determined by the payment ratio. That is, how much rice grain is broken down by Aspergillus before the starch kernel is ready to be fermented into sugars. Related varieties and prices are a measure of quality, but like wine, finding prominent specimens of lower species than superior breweries can often be expensive.

Perhaps the most important contribution to the style and taste of the intention and technique of making Tuge beer. In the brewery, the rice is washed, steamed and cooled, then about one-fifth of the rice is spread on a wooden table and the Gioco spores are added to the fermentable sugars to break down the starch.

Sake Styles to Read more about

Daiginjo – Super premium, fragrant Sake with minimum 50% polishing ratio and a very small amount of distilled alcohol added to enhance flavour and aroma. Often best served chilled.
Ginjo – Premium fragrant Sake with minimum 40% polishing ratio, similar to daiginjo.
Honjozo – Light, mildly fragrant premium Sake polished to a minimum of 70% with a small amount of distilled alcohol added to extract aroma and flavour.
Junmai – Sake made with nothing other than rice, water, yeast and koji with no minimum polishing ratio. When appended to daiginjo and ginjo, no alcohol has been added.
Broadly speaking, daiginjo and ginjo, with their beguiling fruity and floral fragrances, tend to be popular as chilled drinks while honjozo and junmai can often offer a broader range of value and versatility, especially when drunk with food, and can be served at a wider range of temperatures.